Paragon Cloud, a Microsoft Gold Certified Partner, has been Eaton Apothecary's vendor of choice for the last 25 years, a remarkable testament to the exemplary service and value provided by Paragon.

Mark Forbush, president of Paragon Cloud, explains their winning formula. "‘Where Service Comes First' is our tagline, but it is much more than that. It is a way of life at Paragon. Our number one goal is to have a happy customer, keep them current with the software, and provide incremental improvements."

That has certainly been the case at Eaton Apothecary which has seen many changes since its founding as Strand Pharmacy in 1958. The company grew to six stores by the mid-1980s when it acquired Eaton the Druggist, effectively doubling the number of outlets, tripling its volume, and changing its name to Eaton Apothecary. In the mid-1990s the company experienced financial difficulties and became part of Nyer Medical Group, a public company. The company grew revenues by a factor of 10, when in 2010 Nyer's other holdings closed, leaving Eaton as the only operating unit of the corporation. Today Eaton is once again privately held, and has 12 locations all located in or near Boston, MA. Eaton specializes in serving two niche markets: Federal Qualified Community Health Centers and an Adherence Packing market called Medicine-on-Time.

Automation of the General Ledger began in the mid-1980s when Mark Dumouchel, today Eaton Apothecary's president, brought in an IBM System36 and had custom software developed. Over the years as the company evolved, the System 36 system proved to be inadequate and was too cumbersome to maintain.

That's when Paragon Cloud and Mark Forbush entered the picture. Paragon was a value added reseller of Great Plains accounting software and was able to set up a sample database that allowed Mark Dumouchel to test the software. Mark says, "I was really impressed with the product when I saw it and just as impressed with Mark Forbush who seemed to know the product inside and out." Initially the Great Plains system was installed on a DOS-based personal computer.

"In a business, you want to have constants; things that you can always rely on and not have to worry about. I know with the accounting package and with Paragon behind us that that's a piece of the business that I don't have to worry about. That it doesn't cause me sleepless nights. Paragon is there… has always been there and I have faith that they will always be there." 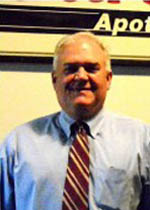 Over the years Paragon recommended and performed many upgrades to the software. Today the Great Plains system, having been acquired by Microsoft, is called Microsoft Dynamics GP. Two Eaton employees use the system full time for general ledger, receivables, payables, cash collections, revenue received, all expense items, and for managing the finances of a number of community health centers.

Paragon's tagline has not gone unnoticed by Mark Dumouchel. He says, "Paragon is very responsive. Whenever we call they are always right on top of it. Whatever issues we have are always fixed extremely expeditiously. I am confident that in Microsoft Dynamics GP I have the best package and in Paragon I have the best support team out there."

Marks recommendation to other organizations thinking about automation is right to the point "I would tell them that they would be crazy to go with anything other than Dynamics and Paragon."

For the future Mark Dumouchel and Mark Forbush are discussing the integration of Eaton's Pharmacy system and their Point of Sales system with Microsoft Dynamics GP as well as producing invoicing for a number of assisted living facilities and Eaton's PACE (Programs of All-inclusive Care for the Elderly) programs.

Paragon Cloud is Eaton Apothecary’s vendor of choice for the last 25 Years.

It is a pleasure to work with knowledgeable and skilled individuals. The level of knowledge at Paragon is far superior to other support companies that we have used. 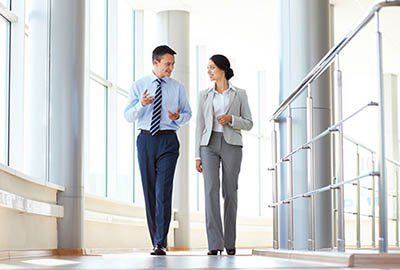 Focus on your business rather than on technology issues. Contact us to set up a demo.